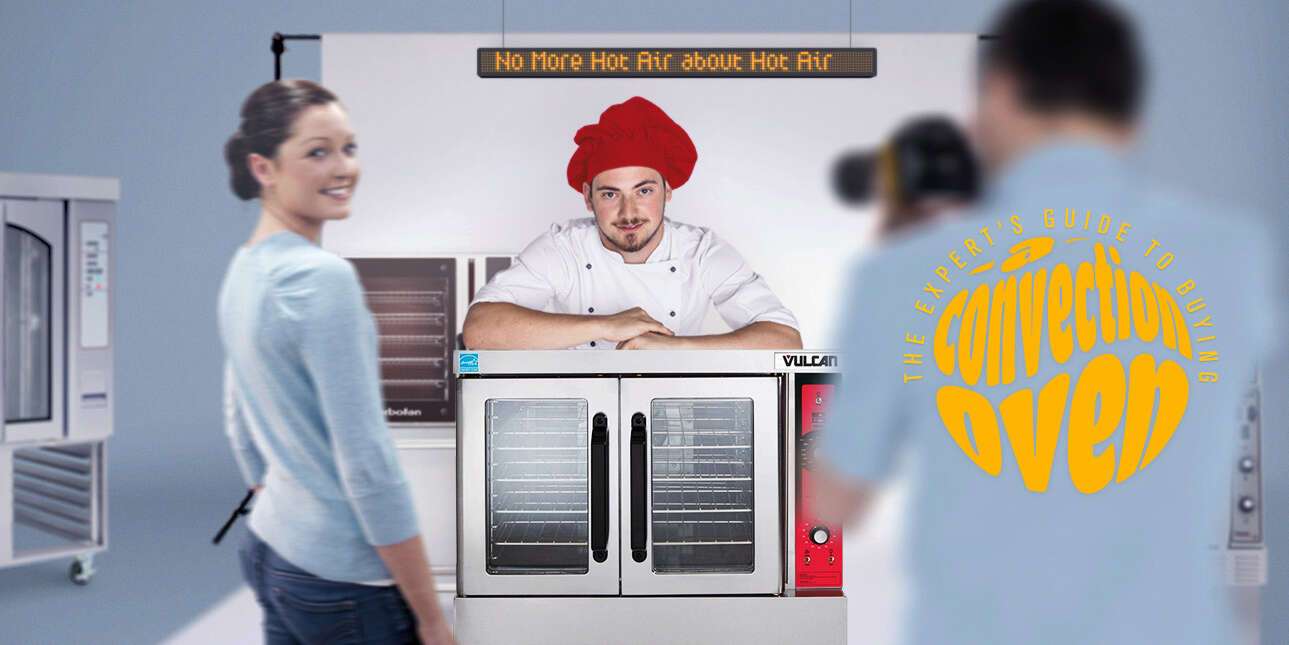 Whether you’re a budding restaurateur or a savant in the field, you are no stranger to the benefits of a convection oven setup in your kitchen. Be it fiscal, time- and cost-efficiency, or taste, a convection oven brings to the table (or the floor if it’s a double-deck) benefits unseen in its counterparts. Before we jump into our guide to finding the most suitable convection oven for you, let’s briefly discuss the unassuming contraption’s most salient features.

The Types of Commercial Convection Ovens

1.    ‘Fan’ or ‘Regular Convection: As the name indicates, this is the first convection oven, and its only difference from the conventional oven is the presence of a fan at the rear of the oven cavity. The fan allows heat released from the base elements to be uniformly circulated throughout the oven.

3.    ‘Twin’ or ‘Dual’ Convection: The twin convection oven includes two fans and heating elements at the rear of the oven, thereby greatly upgrading the accuracy, heat distribution, and time efficiency of the convection oven.

1.    Countertop Convection Oven: This convection oven is primarily used in domestic kitchens, though also prevalent in commercial kitchens where space is constricted. Their compactness makes them the easier of oven designs to transport and install, but the trade-off lies in size limitations. This means that multi-chamber cooking and larger sheet pans are often a rarity in countertop convection ranges.

2.    Floor Oven: The more spacious of the two designs, a floor oven can either be half-size or full-size. Many floor ovens are also stackable, where two or three decks can be placed on top of each other without compromising on kitchen real estate.

What Makes a Convection Oven?

1.    Size: Size, of course, is the most important variable when purchasing a commercial convection oven. Available in quarter, half-size, and full-size variants, while larger convection ovens can hold as many as 12 large-size sheet pans at a time, smaller convection ovens can also be stacked on each other to provide the same efficiency with more control. The size of your convection oven, in turn, influences the heat or voltage requirements for the appliance to function optimally.

2.    The Material Used: Convection ovens are usually made out of an aluminized or stainless steel exterior and interior. While stainless steel is the less affordable option, it is also more corrosion-resistant and durable. The interior of some convection ovens is also made out of porcelain, which is easier to clean and thus more bacteria-resistant. However, porcelain is more prone to breakage, making it unfit for more heavy-duty long-term usage.

4.    Other Controls: Modern commercial convection ranges provide a variety of options that can turn your oven into a multi-purpose appliance. With steaming, cook-and-hold, and fan on/off controls, the customizability provided by such convection ovens can greatly improve the quality of artisanal breads, roasted meats, and other dishes with delicate flavors.

What Else Should Determine My Choice?

So far, we’ve discussed the industrial features of a commercial convection oven. In the below section, we take a closer look at the commercial and market factors that should determine your choice:

5.    Warranty: Warranties vary between different manufacturers and also the manufacturer’s model variants. Make sure to purchase a commercial convection oven with at least a 1-year warranty, although additional warranty is always recommended for heavy-duty appliances like a commercial oven, the price trade-off notwithstanding.

6.    Heating: Commercial convection ovens are powered by either gas or electricity. While electric-powered ovens are convenient and simply plug-and-play, gas options require more airflow and must also be compliant with municipality fire codes.

7.    Ventilation Systems: Before purchasing a commercial convection oven, it is important to ensure that your kitchen is in full compliance with the local fire safety rules with the help of the necessary ventilation equipment. Since any large-scale cooking equipment is bound to emit grease and other particles, fire hazards are far more imminent without successful and effective ventilation.

With all the above requirements in mind, Chef Buyer stocks only the most high-quality and durable commercial convection ovens in the industry today. Our goal is to provide you and your kitchen with the most effective cooking equipment that perfectly fits your needs. As proven time and again by our customers, here are some of our most popular commercial convection ovens that we think would be the best fit for your kitchen:

The Garland US Range convection oven is a master series commercial oven with two-speed fans and Master 200 solid-state controls. With a 24” cavity height and 43” deep depth, the Garland US Range oven comes in both single- and double-deck variants. Powered by natural or propane gas, the oven comes with a patented safety door system to ensure low power losses and greater protection. This oven also includes multiple controls to make dishes fit for your culinary specifications. 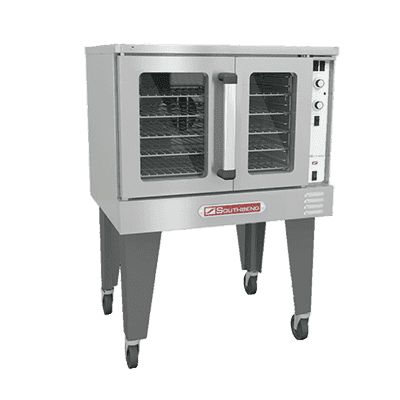 A more affordable choice than the Garland oven, Southbend’s BGS/13SC oven is a sleek single/double-stack appliance with standard depth and solid-state controls. With a stainless-steel exterior and porcelain interior, the oven comes with a 60-minute cook timer and 2-speed fan. 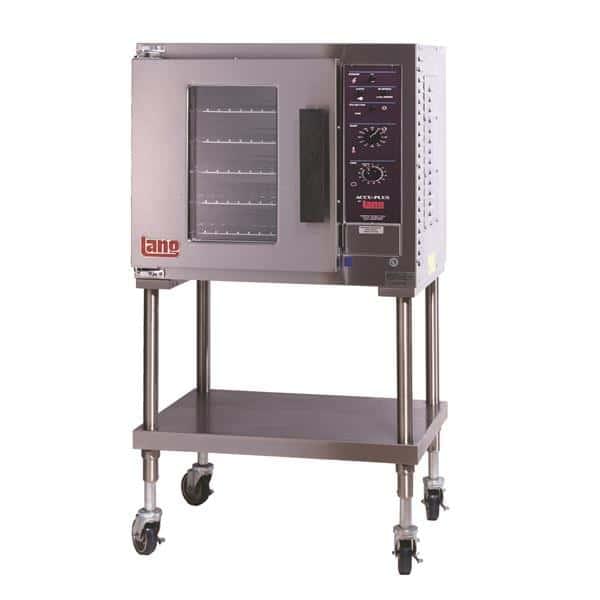 Another premium brand known for its touchscreen controls and electric-powered appliances, Lang Manufacturing’s ECOH-AP commercial convection oven is a sleek half-size commercial oven available in both single- and double-deck variants. With an 18” x 13” sheet pan capacity and highly detailed controls, the oven provides highly accurate solid-state controls and a heavy-duty door, exterior, and interior made of stainless steel.

Buying the Best Commercial Convection Oven for You

Commercial convection ovens come with a litany of benefits – excellent consistency, environmental-friendliness, versatility, and better browning. However, it’s also important to remember that convection ovens require different temperatures and cooking times than conventional recipes. If you’ve weighed all its features and decide to purchase a convection oven from Chef Buyer, make sure to customize your choice according to the needs of your kitchen!